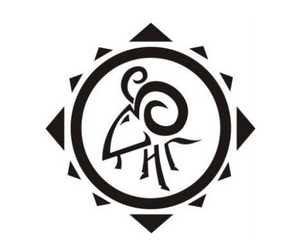 Mountaineering Caving Club ’’Dvig’’ in collaboration with the Speleological Committee of the Mountaineering Association of Serbia organize an international caving expedition on Suva planina mt. (Serbia) in the period from 9th to 19th August. It is our special pleasure to invite you to take part in our expedition.

Suva planina Mountain is located near the city of Niš. It is the highest limestone mountain in the Carpathian-Balkan region of Eastern Serbia, the highest peak being Trem, 1808 a.s.l. The central area of the mountain is a karst plateau called Valožje, at altitudes from 1400-1700m, which contains various forms of underground and surface mountain karst. The average depth of the underground karst caves is from 50 to 100m, and there are vertical caves with occasional or permanent ice and snow. So far, more than 40 speleological objects, predominantly vertical caves, have been recorded in the wider area of Suva planina. Most objects were explored only in morphological terms.

Popular posts from this blog

By Frédéric Urien June 30, 2022
Laurent Blum has set up an application to manage caves After some exchanges with the Wikicaves association, he set up a solution to visualize the data from Grottocenter. We wanted the data to remain freely accessible, for this he created a generic user that you can use  URL: https://vmapspeleo.fr/vmap/ Identifier: grottocenter Password: grottocenter
Read more

By dcborg September 25, 2020
Speol art festival SpeoARTA  11th – 15th November 2020   SpeoARTA is a cultural event of cave related photography and film supported by the  of the Caving Federation of Romania The SpeoARTA festival offers a beautiful presentation and speleological prints - an exhibition of photography, a time of a year, in a variety of countries  , a wide range of cave related  films, slides shows will be presented.  For  further information : http://speo-arta.ro/en/
Read more